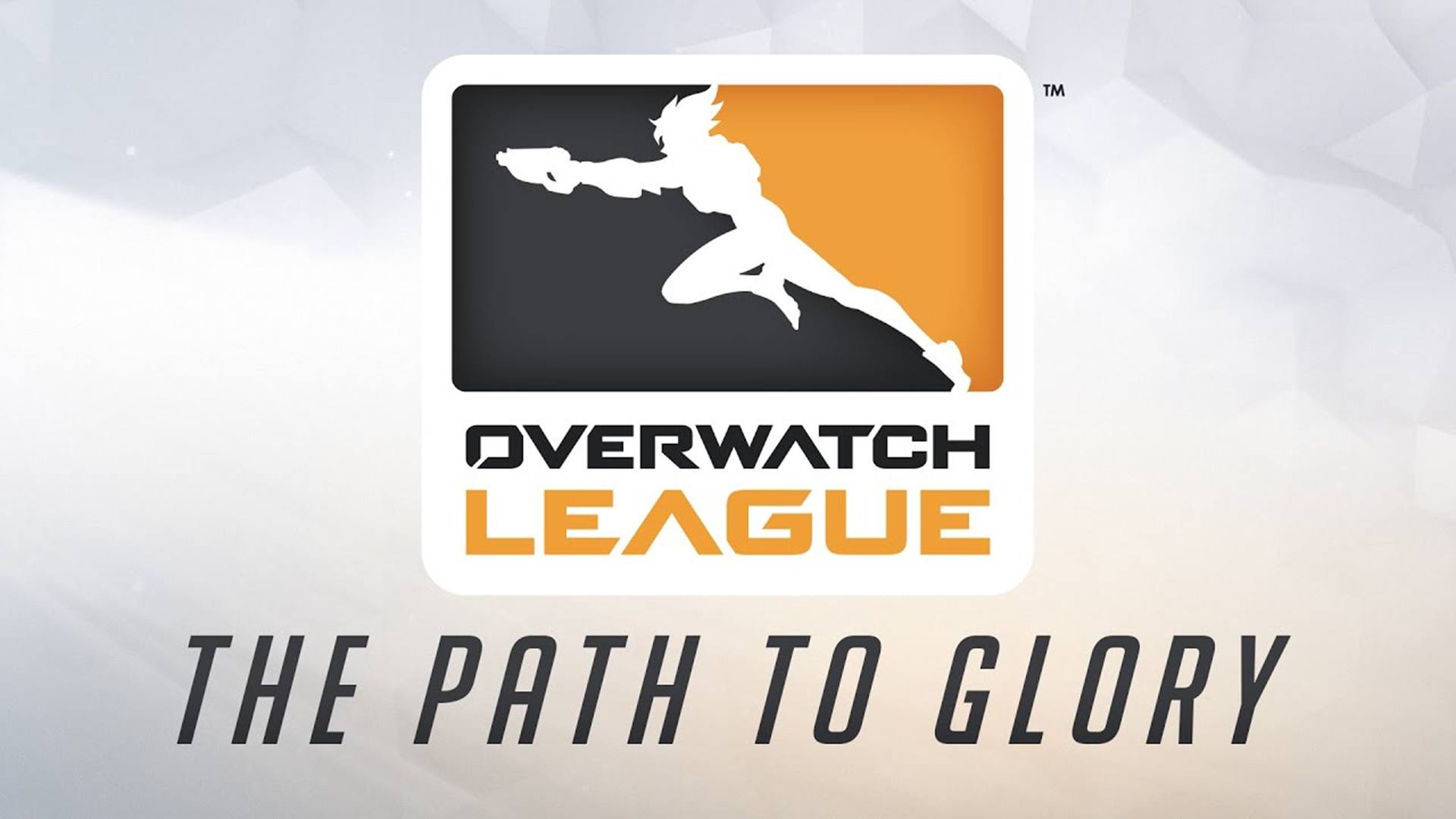 Throughout my previous articles, I had the chance to talk about influencers I regularly follow regarding Overwatch. The majority of them are French, or French speakers as it is my native language. Therefore, I have to search for English contents to stay as much as possible in touch with the latest news.
Among a large list of anglophone youtubers, I await one upload in particular every day. “ Yo what is going on guys, i hope your day is going great, mine was awesome…“ I listened to these words so much that I know them by heart. He links me to my daily dose of Overwatch, I introduce you mykl !

This article is the translation of the french one, posted last Tuesday on this website. Given the fact that mykl is american, i was thinking that a translation was a good idea. Let me know what you think about it on my twitter, and if you want some more articles like this. Maybe on Overwatch League teams etc…

I asked to my girlfriend to translate the article, maybe some mistakes remain, but i hope you will enjoy it. Now without further due, let’s get into this article !

If, like some of my friends, you can’t speak English, you’ve probably never heard about him. But for you, who are reading this, and like Overwatch League as much as i do, the name of mykl might be familiar. Indeed, he occupied various positions related to Overwatch, such as the Kungarna team, or, you can know him thanks to the different information he reveals on his social networks.

mykl, the analyst and drama seeker

mykl is very famous on the Overwatch’s scene for two reasons. First of all, his notoriety comes from his analysis, which are really pertinent, in my opinion. But he is mostly known for the numerous dramas related to the Overwatch League that he shares with its viewers. If an information about a player, a team or every little thing connected to the League is relevant, you can be sure that mykl will talk about it in one of his videos.

Welcome to my channel! Here you can find anything and everything overwatch league. My number one goal is to deliver the best and most informative content about the overwatch league. If you want to stay updated on all latest OWL news, drama, highlights, and much more you're in the right spot 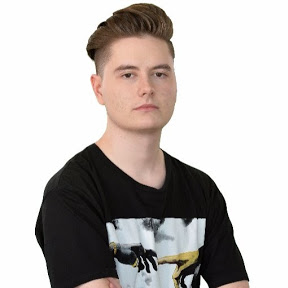 mykl, AKA Michael Padilla was at first a player, mainly in the Kungarna team. He had the chance to compete with players like babybay, Bischu, and iReMiix during the NA contenders, season 0. At this time, his coach was dpei who is actually coach of LAGladiators.

In January 2018, he leaves the player status to become the owner of Kungarna. He returns to the path to pro in September as a coach for Phase 2, which are quickly renamed Kungarna and where he will become general manager.

Indeed, we definitely know more the influencer’s side of mykl. Despite a lot of detractors, we can’t deny his popularity. mykl represents more than 66 000 subscribers on Youtube, 19 000 on Twitch and 21 000 on Twitter. He was also a writer on the website estnn (Esports TV & News Network) for a short period of time. He directed as well interviews with different professional players on the Twitch channel beliveofficial.

mykl creates his Youtube channel in March 2011. At first, he releases short videos about League of Legends. Then, he makes a little detour with Paladin and some other videos but, in May 2016, he uploads his very first video about Overwatch. We can see him doing a POTG with Genji.

His first video-analysis concerning the Overwatch League is posted in December 4th 2017. In other words, it was posted more than a year ago. Since this day, he published 510 videos, and this represents an average cadence of a little bit less than 2 videos per day ! A vast majority is related to Overwatch and the rest is about Realm Royale as he played it a while at a professional level. We can also find some videos about Fortnite. However, they are just a few because he dedicated a second channel for that, named The Fortnite Guy, and it contains 28 videos while I’m writing this.

With one or two videos per day, mykl never stops. He talks about all the information and news. He released a lot of exclusive information on his channel. For example, he leaked the new teams of the Overwatch League 2019 or a big amount of transfers. However, his favorite thing is the drama. He calls it “the juice”. If a story is related to the highest competitive level of Overwatch, it will probably end up in his hands.

mykl’s videos have, taken separately, between 10 000 and 246 000 views. The topics can be about the best Overwatch League’s hairstyle to various leaks and tragic situations, such as the one of Dreamkazper.

I follow mykl for various reasons. Among them, i really like his manner to speak and dedication to his audience. Then, the fact that he posts almost everyday a video allows me to stay abreast of all the information agitating the Overwatch’s professional sphere. Last but not least, he brings a good perspective concerning the different teams, the matches, and the players from the Overwatch League.

I won’t deny it, the “drama” aspect attracts me too, but even if it takes a big part of time in his videos, I am mostly attracted by the professional feel. As a former player, coach and manager at a Contenders‘ level, we can detect his professional experience when he talks.

mykl has videos with a variable duration, generally around 10-20 minutes. Here, we can find teams or players analysis, different rankings, general information, leaks and some explanations on the various dramas shaking the Overwatch’s world.

We are removing mykL from ESTNN. Without our approval, he posted the VOD using his login info. We are not looking to cause any controversy or leak any vital league content. We apologize for any trouble this has caused. The article has been removed.

Due to recent events, the team has decided to part ways with the @Team_Kungarna brand.

We will be rebranding for all future endeavors. Follow for more updates to come.

Even if I really enjoy the content of his channel, it has negative points like everything else.
One of them was solved quite recently. In fact, his videos were pretty long and the interesting information were drowned among a sea of repetitions and advertising. By reducing the lenght of his content and focusing more on the news, by avoiding too long introductions and unnecessary repetitions, he found a clear and pleasant formula.
Then, because he wanted to be first on the news, he wasn’t thinking enough about what he was publishing. Indeed, he ended up with a lot of troubles lately.

As I finish this paper (begun at the end of December) mykl is in an uncomfortable situation. After a new leak about a scrim between Atlanta Reign and New York Excelsior, he was fired from the information website ESTNN, but also from the team Phase 2 who cut off entirely with brand Kungarna. This situation already had repercussions on his channel. Firstly, the scrim video and the one where he examinates it were removed, as well as the article he wrote on ESTNN. He also announced that he will share strictly verified and official information. The videos should continue after a break, at a slower pace, just as said in his previous video. (see below)

Which consequences after this ?

As a Contenders’ team coach, the sharing of a scrim between two Overwatch League’s teams was a very bad idea. The worst part of it was to monetise the video. He lost a lot with this situation and he will probably need time to recover from it. Nevertheless, he should have the strength to get up again. In the long term, he might be strengthened. Based on this experience and on future leaks-free information, he might open up to a new kind of viewers searching for quality analysis and for the dramas agitating the League. Only time will tell.

P.S. mykl already came back to his pace of one video per day, even more some time. I have no doubt that he will do better and better, and that he will continue to entertain us.

To continue with french articles :

There is even a french lexicographie if you want/need ! Lexicographie is here !
If you want to support me, you can go on Utip with the following link. Every help is good, and if you have 30s to look a french advertising, you can click right there 😉
https://utip.io/amegeek
See you soon on Amegeek.fr ! Don’t forget to check out my Twitter or Facebook 😉
A lot of thanks to my girlfriend greenfinaldream who helped me a lot with this translation ! Without her, it would have been a real mess to read. She is also a jewel crafter, if you want to see more let’s go here : Vert de fimo

Today is my Birthday and I turned 22!🎂🥳🎉
And the best present is what? It's You guys!
Thank you for following my art and supporting me :3

And it would be great if you retweeted this post! ❤️

This website uses cookies to improve your experience while you navigate through the website. Out of these, the cookies that are categorized as necessary are stored on your browser as they are essential for the working of basic functionalities of the website. We also use third-party cookies that help us analyze and understand how you use this website. These cookies will be stored in your browser only with your consent. You also have the option to opt-out of these cookies. But opting out of some of these cookies may affect your browsing experience.
Necessary Toujours activé
Necessary cookies are absolutely essential for the website to function properly. These cookies ensure basic functionalities and security features of the website, anonymously.
Functional
Functional cookies help to perform certain functionalities like sharing the content of the website on social media platforms, collect feedbacks, and other third-party features.
Performance
Performance cookies are used to understand and analyze the key performance indexes of the website which helps in delivering a better user experience for the visitors.
Analytics
Analytical cookies are used to understand how visitors interact with the website. These cookies help provide information on metrics the number of visitors, bounce rate, traffic source, etc.
Advertisement
Advertisement cookies are used to provide visitors with relevant ads and marketing campaigns. These cookies track visitors across websites and collect information to provide customized ads.
Others
Other uncategorized cookies are those that are being analyzed and have not been classified into a category as yet.
Enregistrer & appliquer
Propulsé par